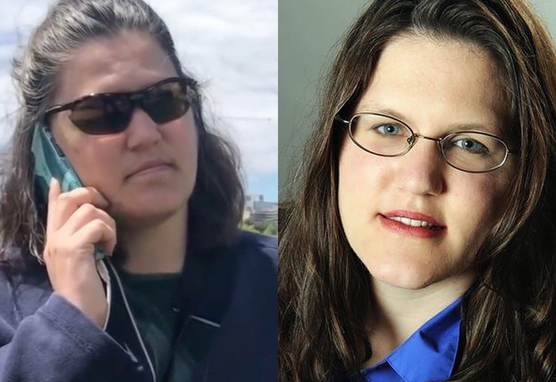 I have, up to this point, refrained from saying much on this specific person, but now it is time to do so, but I’m not looking to have the same discussion everyone else is having regarding her and what she did.
Earlier this month, a white woman found herself filled with faux-fear of Black people gathering in the public space at Lake Merritt in Oakland, California for a barbecue.
As a result of this fake fear she called the police and reported the group for “suspicious behavior” for no reason other than to get the police to officially harass the family, most likely in the hope that someone would become belligerent about the unwarranted harassment and give the police an excuse to escalate the encounter.
We know for a fact her reported fear was a false fear because she spent the entire time waiting for the police verbally harassing the group, shouting at and berating them.
Thankfully, the police handled this situation correctly, and she was the one they ended up removing.
In the aftermath she has experienced her 15 minutes of Internet infamy, finding her image photoshopped into nearly every significant image of people of color gathering from Dr. King’s “I have a dream” speech to “Soul Train,” to the “Sugar Shack,” to the “Last Supper.” In every image she is on her mobile phone reporting the suspicious gathering to the police.
We also now know that she is a Stanford educated Doctor of Philosophy with a focus on Chemical Engineering. Her name is Dr. Jennifer Schulte.
This means that intelligent or not, she is most definitely highly educated. We also know that a racist “Doctor of Philosophy with a focus in Chemical Engineering” is the closest social media will allow you to come to labeling yourself a “Doctor of Eugenics” whether on your Facebook, Twitter, or LinkedIn profile.
What I want to talk about is bigger than her.
What I want to talk about is bigger than the increasing frequency of exposure of white people reporting people of color to the police in order to have them harassed for going about their normal daily activities. Activities such as meeting friends at a Starbucks, leaving an Airbnb property, napping in the college dorm, or just trying to do their job.
What I want to talk about is bigger than the racist bigots calling ICE on anyone with a Latinx/Hispanic appearance or who dares to speak Spanish in a public space. Especially if their targets happen to be working in a restaurant or other service industry business. They do this with no regard to the fact that many, if not most of them, may very well be natural citizens and legal immigrants, they just want to see them persecuted for daring to share the same space.
What I want to talk about is bigger than all of that.
I want to talk about us, and by “Us” I mean all the White people, just like me who consider ourselves to be “not a racist,” but live in a world that accepts all of this going on around us on a daily basis.
The racist argument is based entirely on the fact that an entire classification of people can be judged by the behaviors of their worst members, no matter how few of those worst examples there are.

As long as we allow this to continue unchecked, as long as there are not consequences for the worst of those of our own demographic, we cannot honestly blame anyone for grouping us in with our own worst element. And sadly, we have more than a few. We’ve empowered them into the highest levels of our government, economy, and social structure.

People with beliefs just like Dr. Jennifer Schulte are teachers, loan officers, police officers, politicians, firemen, ambulance technicians, doctors, plumbers, contractors, bus drivers, and more. And if this is the way they behave when they expect anonymity and/or preferential deference, you know that they’re unleashing far worse on their targets within their professional capacity to do so at every opportunity they believe they can get away with it.

We’ve allowed them to establish the laws, regulations, rules, policies, procedures, and algorithms that permit them to enforce their bigotry and hatred upon their victims.

We often even benefit from the systemic racism they’ve established, it’s become so entrenched that we may not even notice it. And when it is pointed out to us, we often become defensive. We say we didn’t make the rules. We say we don’t have the ability to change them. But, we don’t go out of our way to avoid the benefit of them either.

It is no longer enough, it really never has been enough, to be not-racist. We must all be aggressively anti-racist.

We must call it out whenever we see it.

This is the pro-active strategy that we can implement:

Be alert and vigilant in public spaces. Look for a “suspicious” white person when a black person or a group of black people walk into the space.

Such a person will appear nervous, agitated, or angry. If they call the police:

1. Begin to record the scene.

2. Approach the black individual(s) and explain that you are an ally as a witness.

3. Call a friend or relative to let them know what you are doing and that you may get arrested.

4. Remain on site as a witness until the police arrive.

5. Once the police arrive, engage with the police if they detain or arrest the black individual(s). Get names and badges numbers.

6. If the black individuals are handcuffed and taken to the police station, DO NOT post your video on social media.

8. Call the local bar association to get a pro bono attorney to follow up.

If you sense that the police may arrest you, immediately send your video footage to your cloud account or a friend.
If arrested, do not say a word while detained in lock-up.

Don’t just talk about how bad things are, or worse, ignore overt and systemic racism as “Not my problem, not my responsibility.”

Use it to create equality for those that do not.

Until we take it upon ourselves to bring about the necessary change, nothing is going to change.

Don’t just talk about how bad things are, or worse, ignore overt and systemic racism as “Not my problem, not my responsibility.”

Use it to create equality for those that do not.

Until we take it upon ourselves to bring about the necessary change, nothing is going to change.

2 thoughts on “Step Up. Step Forward. Step In.”