This is the fourth in an ongoing series exposing entrenched patterns in our societal culture that hinder our progress and what we can do to break free of them.

The previous parts are available here:  Part 1, Part 2, and Part 3.   Each is a stand alone article; however, the first does give an in-depth introduction to the concept of Cultural Inertia. #Culturalinertia

In this entry we expose the widely accepted logical fallacy in our society that Winning is synonymous with Success.

Winning is one form of success; however, it is not true that all success equates to “Winning.”

For winning to equate to success in every instance we would require every success to have a corresponding loser who did not win.

To win the race you must be first, and everyone else loses.   But for many, successfully completing the race in any position is a win, and with that mindset, winning (or achieving success) can be cooperative instead of competitive. 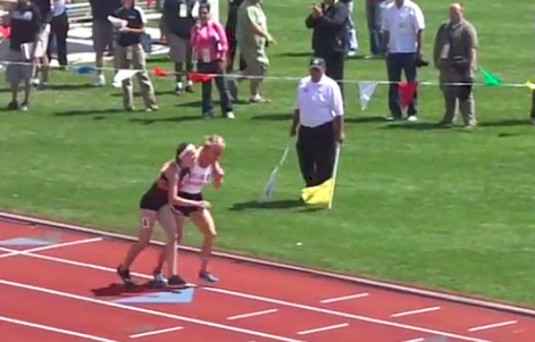 While it is appropriate to honor the achievements of winners in games and sports  competitions, it is not appropriate to turn economic success or ‘success at life’ into anything but a cooperative effort.

Consider the workplace efforts that pit employees against each other so one can receive a promotion, raise or bonus instead of fostering a cooperative effort that could drive the business to enough success to provide those rewards to each of them?

The result of the former workplace culture will eventually lead to at least one or more employees spending more effort attempting to sabotage their opponent rather than expending the time and energy required to improve their own performance.  When this begins to happen, the workplace morale and productivity will suffer.

This false equating of Success requiring both winners and losers is the driving force behind the ever widening economic gap in our society.

Those with necessary and vital service and labor jobs are considered losers, and therefore unworthy of even earning a living wage for their toil and time.

We see it in an educational system that pits kids against each other competing for scholarships instead of working to learn together so they can all achieve the higher education necessary to allow them all to be the best contributors to society they are capable of becoming.

We see it in systemic injustice of legalized and enforced prejudicial bigotry designed to manufacture predefined losers and enable many of its beneficiaries to feel better than those destined to lose.   It allows them to feel like they’re winning, even when they cannot achieve success on their own.

It allows impoverished Whites to look at oppressed people of color — or men to look at women of their own racial designation — and think, “I may not be winning, but at least I’m beating you.”

It has become so entrenched that even our twenty four hour news channels have devolved into shouting matches between pundits instead of a clear presentation of the pertinent information.

Over the course of our history this concept of success requiring a loser has even seeped into and taken over our major branches of government.

At some point, not so long ago in our young nation’s history, we gave up on installing true Statesmen dedicated to the success of our citizenry as our elected offices and turned to selecting self-serving and self-promoting Politicians.

For years now, it has been my belief that the ultimate downfall of our nation will come from the adoption of competitive government at the expense of cooperative leadership.

Our most recent installation of the most self-serving, self promoting, politician who cannot feel content with himself unless he is making someone else feel worse than he does at any given moment, is the pinnacle of that cultural inertia we’ve created and fostered.

Donald J. Trump, our current Republican president, can’t feel like he’s winning, no matter how much success he attains, unless everyone else loses.

And that is as much our fault as his.

We created the culture that drove him to the top.

It is imperative that we return to a concept of success defined by winning together instead of winning against each other.

Doing so will improve the quality of life and level of success for every one of us, instead of just a chosen few pre-selected by birth right.

4 thoughts on “The Psychology of Winning – Cultural Inertia: Part 4”